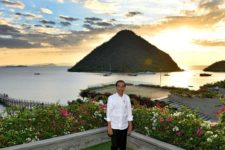 July is anyway a busy month in Labuan Bajo as many tourists come to visit the Komodo National Park. Divers, snorkelers, nature lovers, explorers – domestic and international – they all come to admire the healthy and rich underwater world, to encounter with the famous Komodo Dragons, to swim with manta rays and turtles, to refresh in a swimming pool in a cave, or simply to enjoy good food and the colourful sunsets of Komodo.

And still! There was time to accommodate three big events in one month. Or actually because of this?

At the beginning of the month, the President Joko Widodo and First Lady Iriana Joko Widodo paid a working visit in Nusa Tengara Timur (NTT) Province. They spent two days in Labuan Bajo, visiting the Komodo National Park and its dragons as well as one of the popular caves of Labuan Bajo, the Batu Cermin – The Mirror Cave.  Upon their arrival, as the tradition requires, The President and First Lady have received a rooster from the Governor of NTT as a symbol of custom.  In return, as a symbol of respect, they were wearing traditional cloth from East Nusa Tenggara “sampiran”. And the Arriving Meka Dance has been performed that is a typical dance from West Flores to welcome special guest visits. The President and his team have discussed different projects for Labuan Bajo that should set a tourist segmentation for this area which is “different and premium segmentation here.”, according to Jokowi.   In the second half of the month, Labuan Bajo has been organising and presenting the 23rd President’s Cup Boxing International Open Tournament. Boxers, men and women, in weight classes between 44 and 75 kg and between the age 19 and 40 have been competing against each other.  Bintang Flores Hotel has been accommodating one of the teams participating in the cup.  Indian boxers finished their campaign at the 23rd President’s Cup in Labuan Bajo, Indonesia with nine medals – seven gold and two silver. We congratulate for these achievements.  And, in the last days of July, Labuan Bajo has been presenting a- 4-days Florata Arts and Culture Festival Tourism Exhibition.  The purpose of the event was to promote art and culture of Labuan Bajo on the one hand, but on the other hand also to preserve cultural values of Flores and Lembata in NTT.  Various dances, musical performances, instruments and cloths have been presented during the four days. The festival has been visited by many international and domestic tourists alike, as well as by people from the town itself.  A busy month full with impressions and success has finished, and we all hope that tourists continue to travel to this Eastern Part of Indonesia to explore the pristine beauty of this area – Labuan Bajo, Flores, Nusa Tengara Timur (East Nusa Tengara).  If you also wish to visit Flores and Komodo National Park, just send us an email and tell us when you come. 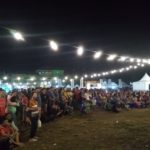 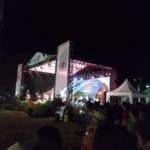 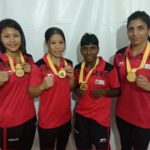