The first Hyperbaric Oxygen Chamber in Komodo has been officially launched on 13th October 2018. The chamber is located in the Siloam Hospital in the town Labuan Bajo.

The importance of that event can’t be overvalued. Komodo is one the most famous places for diving where every day several diving boats are departing from the harbour. In the past the nearest deco chamber was in Bali in the hospital Sanglah; and in the event of necessity the patient had to be transported there.

The chamber facility in Labuan Bajo is an important and very convenient step as the diving boats are departing exactly from that town.

At the opening ceremony, Dr. Guritno Suryokusumo, professor at the Medical University Indonesia in Jakarta has explained the meaning of the decompression sickness, its symptoms and how the treatment in the hyperbaric chamber can help the patient. Furthermore, Dr. Guritno Suryokusumo has pointed out that besides the use by divers, the treatment in the Hyperbaric Oxygen Chamber can also assist in post-operative healing and sporting injury recovery, help the body to fight off infection and even in skin rejuvenation.

Siloam Hospital and the guests of the ceremony have had the honour to welcome the main person of the regency Manggarai Barat (West Manggarai), Bupati Agustinus Dula who has been holding a speech about the regency and its future. Agustinus Dula has been emphasising that Labuan Bajo is one of the 10 destinations which have been declared as priority for tourism by the President of Indonesia, Mr. Joko Widodo. The environmental conditions of the regency are attracting many tourists both local and foreigners. The government is making a lot of effort in the development of the regency: a new airport has been built and the plan is to enhance it to an international one, the roads have been improved and partially asphalted, the infrastructure has been increased, new measurements have been implemented in the fight against rubbish both on land and sea. “The availability of the hyperbaric chamber will certainly increase the number of tourists in Labuan Bajo”, said Bupati Agustus Dula.

Undoubtedly, it is better never to be in need of a deco chamber; yet it is good to know that there is one in Labuan Bajo – main port to Komodo National Park. 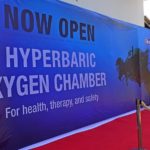 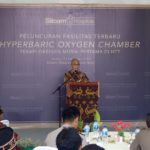 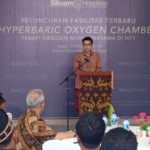 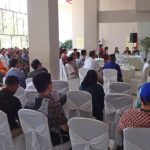 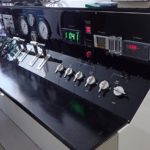 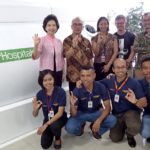 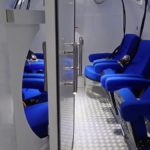 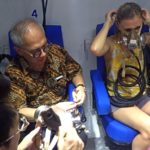 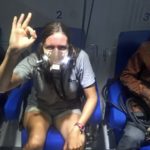