Some good news from us! The regional government of East Nusa Tenggara (NTT) announced in a press release that Komodo National Park and some other popular destinations will be open for tourists beginning June 15th.

Komodo National Park has been closed since 20th March in relation to the measurements against the Covid-19 virus. Since then also the entrance to Indonesia to the foreign tourists has been declined, and even domestic travelling from island to island has been closed. Originally these measurements have been implemented until the end of May – beginning of June.

In our town Labuan Bajo (Flores Island) everything is quite. Though there are some restrictions: the supermarkets are closing at 7 pm now instead of 10 pm as before; all have to wear a mask when outside – and this is controlled by the police – actually, right now it doesn’t matter whether you drive without a helmet on or without lights on, but it matters whether you’ve got a mask on!

All touristic attractions and official offices are still closed. Pharmacies and some shops are operating with some specific precautionary measures: some staff is wearing in addition to a mask also a full-face plastic shield, others have hang a plastic curtain with a small cut for “cashier”, like this pharmacy on the photo. At the entrance to each shop there is a water-bucket and soap to wash your hands before and after shopping. Signs and staff remind each customer to do so.

Yet, a positive side effect is that delivery service is growing. At the moment you can have all sorts of products delivered directly to your home: food from a supermarket or a ready meal from a restaurant, drinking water and other drinks, cooking gas and so on. Well, who knows maybe this forced “achievement of civilisation” will remain in the future – would be great and convenient.

It is practically impossible to drive out of the town as there are control posts. Therefore there is almost no traffic between the towns which begins to affect the supply – the assortment of goods in stores is much smaller than before. But again we see it from a positive site: the less of the well-known products, the more we discover the local ones; it turns out we haven’t tried many delicious things yet.

We’d like to say some words about the local residents. They are having a hard time right now: even without a crisis the people here are not wealthy, and now there is no work and many are forced to stay at home. The schools remain closed until the end of June thus the kids are learning from their simple houses surrounded by banana trees and other jungle using a weak internet signal. However, all people are taking the situation with great responsibility following the new rules and measurements.

According to some official information the island of Flores is considered as “green zone” with just a few little cases. Maybe it is because the island has been closed “on time” and the moving has been restricted quickly. Another advantage of an island – it is much easier to close an island. J By the way, we are living close to the airport of Labuan Bajo and since the closure of the airport there have been no flights, and we are hearing more sounds of the nature again: birds chirp, grasshoppers “speak” and other beauties.

We all expect the airport on Bali to reopen soon, according to some news. Thus we are curious to see how the arrival procedures will be organised. We keep you updated on that too.

In the meantime while there are no tourists yet we are using the time to restructure and to rewrite our website, to include some new functions, to update some photos, or to edit some of our videos. We invite you to “dive” with us virtually for now by watching the underwater videos on our YouTube channel:

And we hope the situation will come back to normal soon – as much as it will be possible. We passionately wish this to all of us! 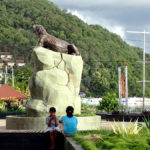 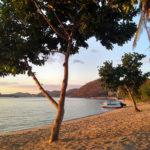 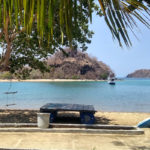 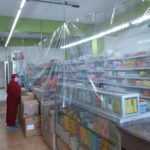 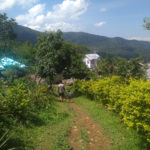